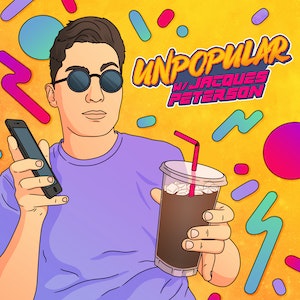 I’ve listened to a handful of episodes before finally writing this. Jacques says things that can get to me and I’m sure to a lot of people and uses “cancel culture” a lot (which I choose to call accountability culture) but if you can get over it/realize what he’s really saying, he’s actually a leftist and cares about the bigger issues that matter. He calls out democrats and the American left which is NOT left. Calling out Dems does not equal an endorsement for the right. He’s actually going to be able to reach more people than a lot of us who get stuck on small things. I recommend listening to at least 4 or 5 episodes to get a better picture of who he is and what he believes if you’re someone who thinks he’s not “woke” enough as he loves to say. (Spoiler: he’s way more work than most Americans saying we are) I’m so glad i listened to a bunch of episodes so I can fully enjoy it without getting stuck on words. I realize I made this political and he tries not to, but a lot of the people who don’t love him are probably what they think is left but are actually just liberals. No those terms are not synonymous. Jacques analyzing his bad review is the episode that made me finally write this. 5 stars for Jacques. He’s smart and he’s great for the podcast world.